Redbox offers a surprisingly large selection of movies. But imagine it's Friday and you're trying to pick out a movie from a vending machine with a line forming behind you.

Blockbusters had gone bust and Netflix was for the privileged and early adopters. Redbox was offering big blockbuster movies to the masses for $1/night but using their vending machines less than pleasant.

Redbox is a movie rental service allowing users to rent DVDs from vending machines stationed at supermarkets and other convenient locations.

After research, it became clear that the biggest problem with the user experience (our brief was to redesign both physical graphics and UI) was that browsing, deciding and paying with a line forming behind you.

This created a very stressful experience very different from the traditional in-store movie rental experience. Customers were used to picking up few physical copies of movies that "looked interesting." Then making a final choice together with their family.

The Redbox, which included a surprising number of titles meant that users would have to keep "potential" choices in their mind while browsing through the entire catalog. Once they had made a choice, users would have to browse back and find the title in order to rent it.

Below you can see the Redbox we set up in our project space in order to prototype quickly. 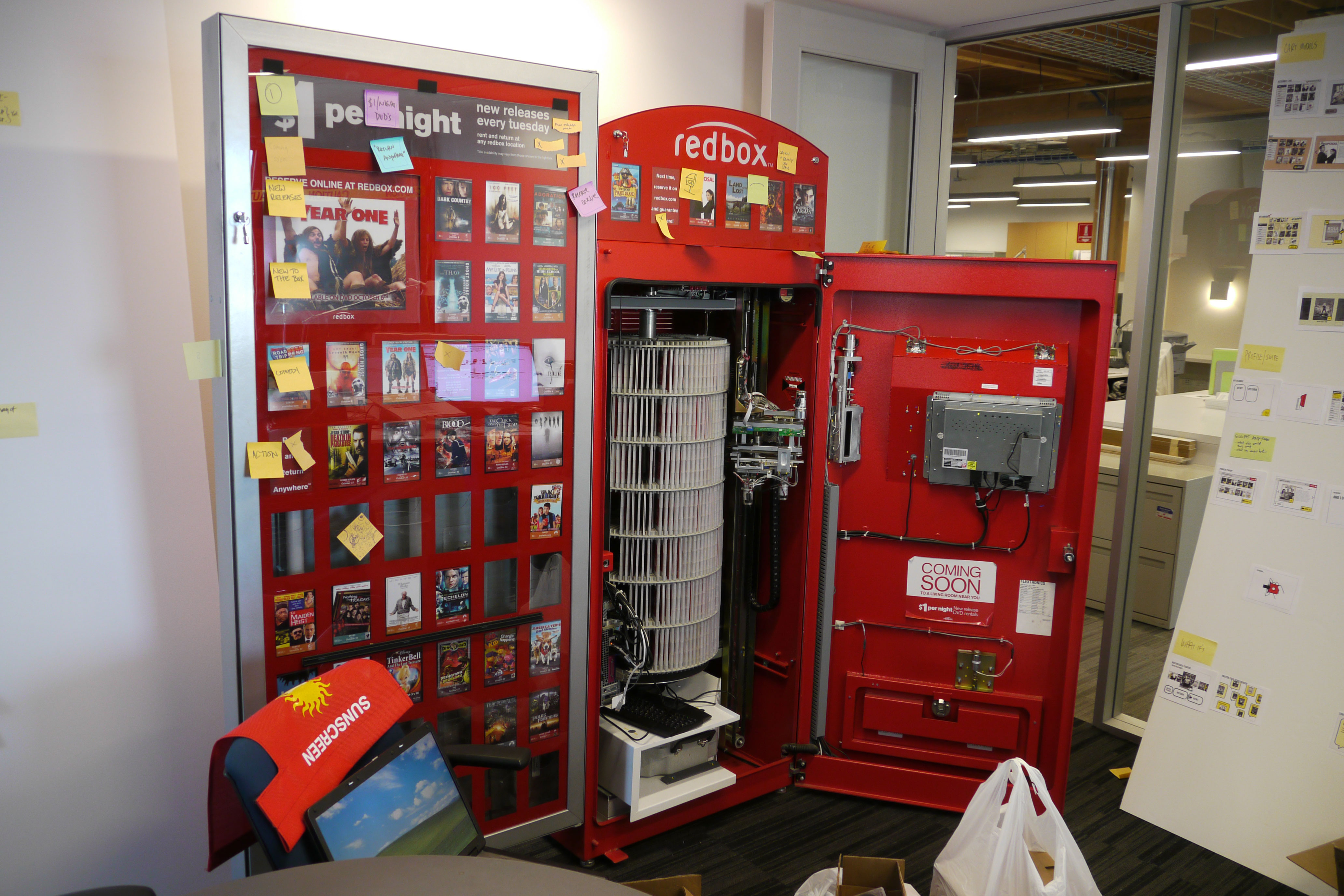 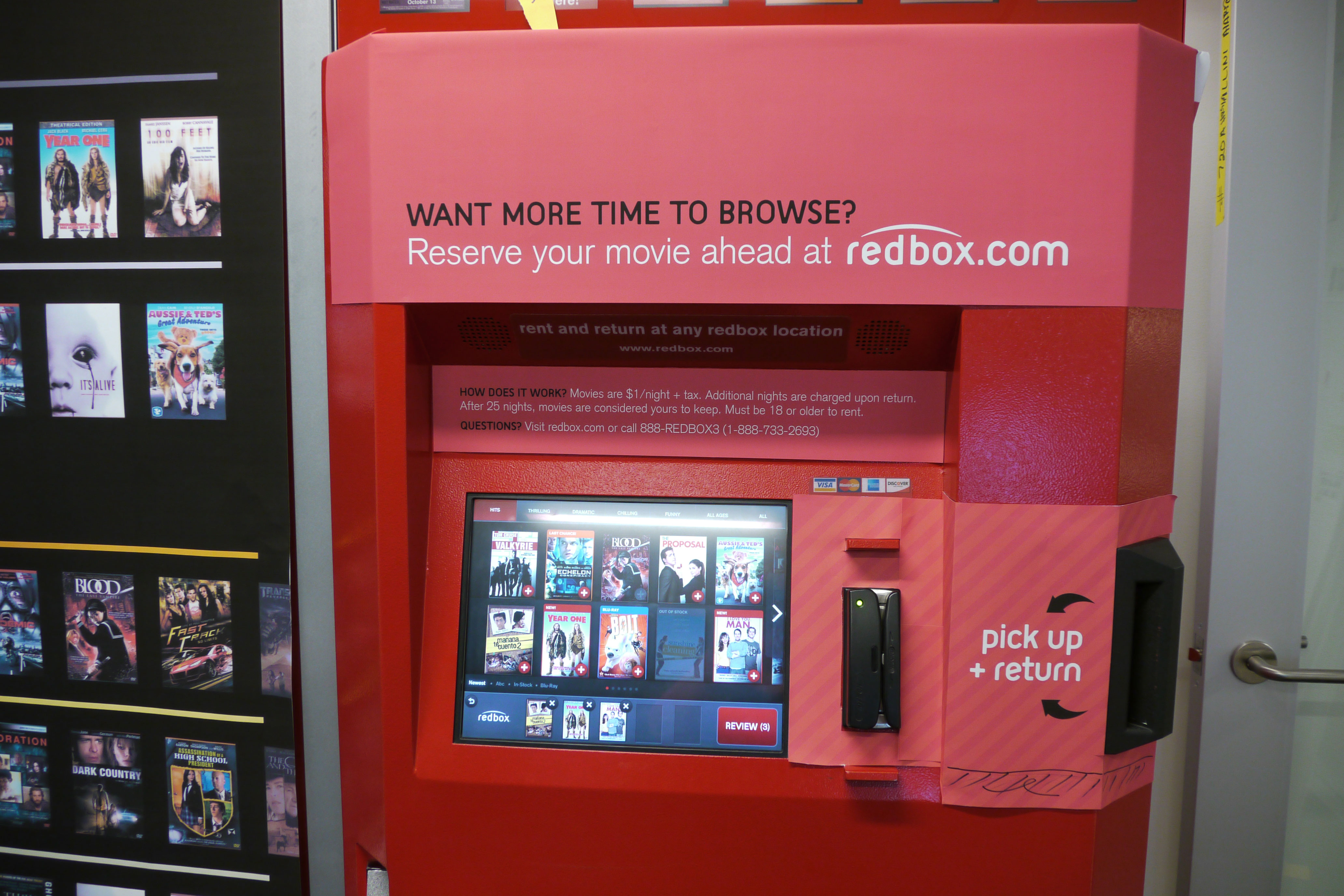 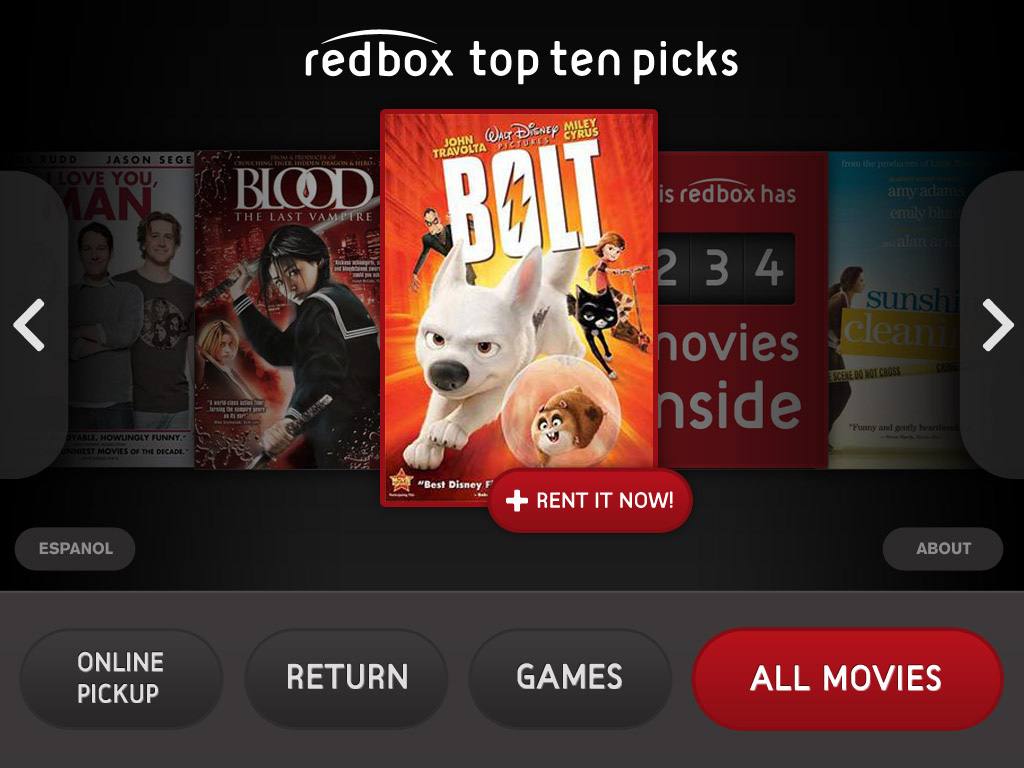 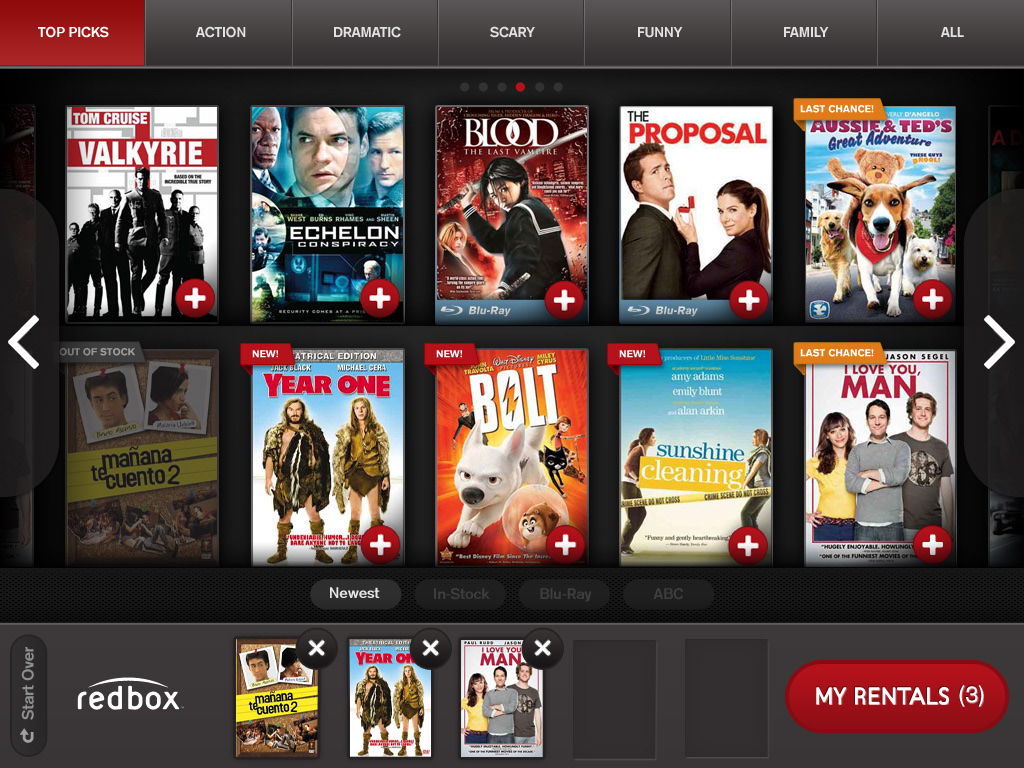 A key part in the new design was a "mini-cart" at the bottom of the screen where users could add movies as they went through the catalog. This significantly reduced the cognitive load for users. They could then quickly make a choice from the picked movies and check out the one/ones they wanted. 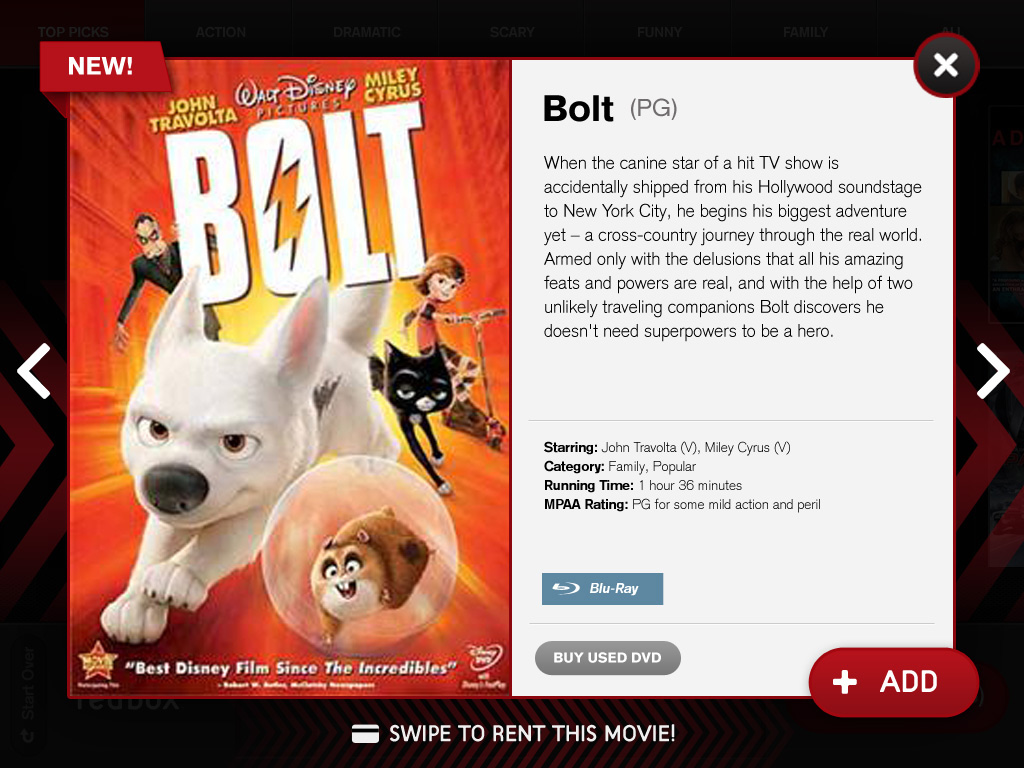 We introduced various statuses on movies to help people understand the ebb and flow system of Redbox. The movie detail above shows a 'new' movie. Other tags were 'Out of stock,' 'Final chance,' and 'Second chance' for when movies who had gone out of the assortment where reintroduced due to popular demand. 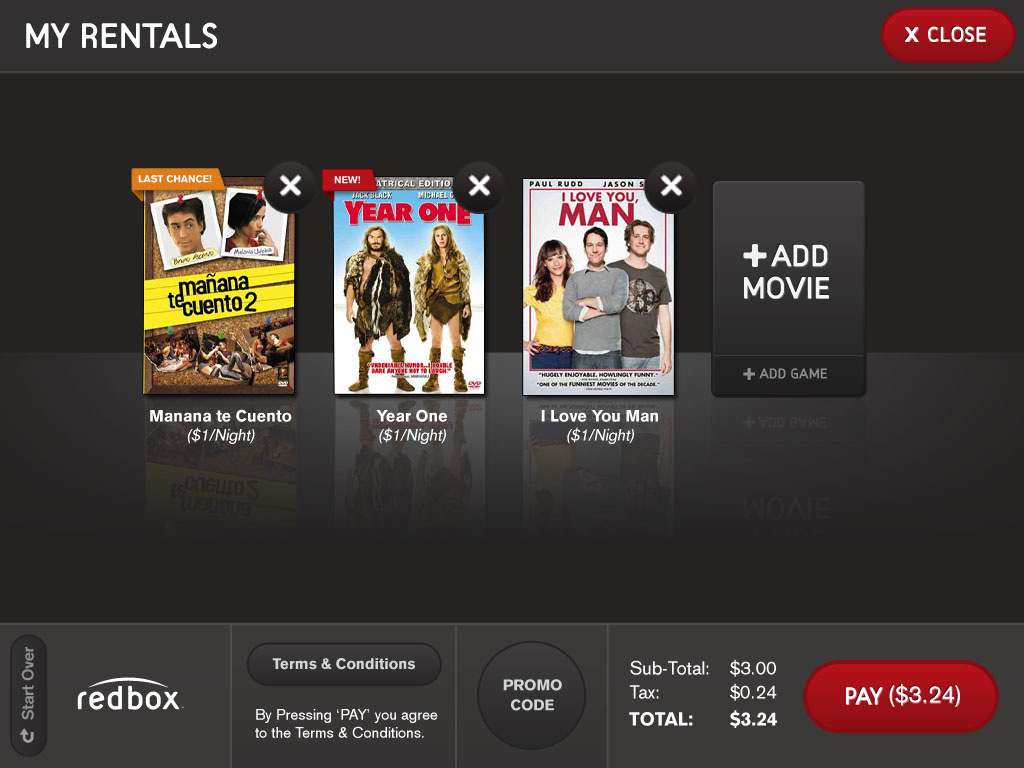 The final checkout screen also allowed users to down select and walk away with the final selection of movies.

• A graphic designer (project lead), a digital visual designer and me
• 12 weeks

This was the first design that I worked on that was released "into the wild". The sensation of being able to see people using it casually outside the grocery store was pretty thrilling. Impact-wise, I'm not sure if movie rentals is really changing the world but in terms of scale, it's the biggest I've ever been able to influence. Redbox rents 55 million movies every month.